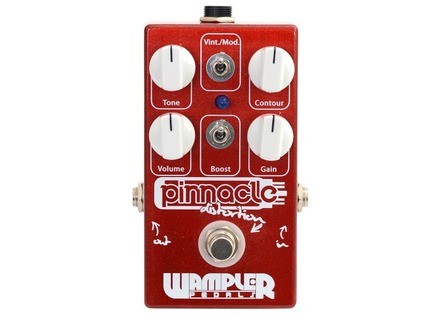 The trouble with distortion pedals is that many of them only serve one function. We all know that the distinguished tone chaser sometimes needs extreme gain, sometimes needs mild overdrive… sometimes needs something that does both of the above and everything in between. The Pinnacle not only does that, but it also brings the most convincing “Brown Sound” to be ever heard in a pedal!
Although extremely versatile the Pinnacle is well known for giving the “Brown Sound”, the tone and style of distortion made famous by Eddie Van Halen.
Zeke Clark (Van Halen’s longtime renowned guitar tech) played through a pinnacle and this is what he had to say: “I’ve played tons of pedals that promised that “Brown Sound”… this pedal NAILS it better than anything I’ve ever heard or played.”