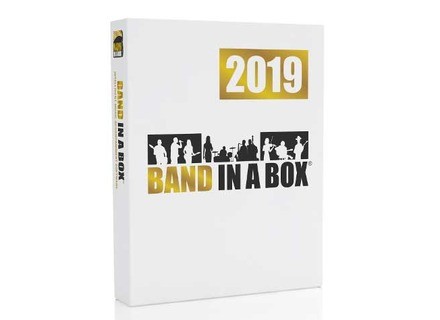 The Band-in-a-Box® VST DAW Plugin is separate from the Band-in-a-Box® application and works directly inside your DAW (Cakewalk, Reaper, ProTools, PreSonus, etc.). The Plugin uses the content (RealTracks, styles, etc.) present in your bb folder to generate audio or MIDI tracks that you can drag/drop from the Plugin into your DAW. (There is a separate documentation for the plugin, including videos, on our website. https://www.pgmusic.com/support.biabplugin.htm )

The 64-bit version of Band-in-a-Box® uses the VSTSynthFont64 as the General MIDI (GM) synth. It hooks up to Band-in-a-Box® automatically on bootup, but in case you need to configure it manually or change it to a different synth, open the VST/DX Synths/Plugin dialog (Options | MIDI/Audio Driver Setup | [VSTi/DXi Synth Settings]) and choose the VSTSynthFont64 from the list of available plugins. You can use any GM soundfont or DLS file with the 64-bit version of Band-in-a-Box®, including larger ones over 2GB.

SongPicker Redesigned with many Great Features

A useful filter [#] button has been added in RealTracks Picker, RealDrums Picker, Best RealTracks, and MIDI SuperTracks Picker dialogs. It allows you to quickly filter the list by many elements including type (soloist/background/chording), feel (even/swing, 8th/16th), time signature, artists, and more.

You can now control the loudness of each RealTrack in the medley.

You can now control the loudness of each RealTrack in the medley.

The feature now uses BB-Harmony engine when you select the N voices above and M voices below.

The Melodist uses RealTracks styles instead of MIDI styles to generate songs.

More Extreme Transpositions on some RealTracks