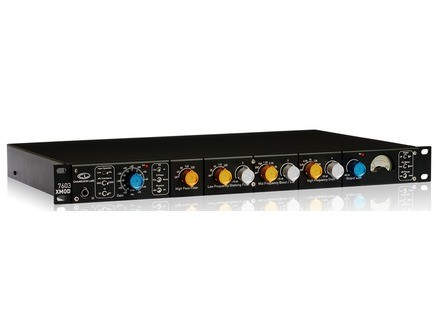 As with the 7603 its fundamental design architecture retraces the path of revered, classic pre-amps of the past as well as our popular 7602, however Chameleon has chosen to continue the tradition created by the 7602 XMOD, allowing users to revel in the character and performance afforded by these legendary English components.

Displaying the same high dynamics and low distortion, the 7603 XMOD simply provides a different character to the sound of the pre-amplifier.

Once your audio exits the input transformer, our circuit boards are carefully crafted to ensure the highest possible signal integrity. As a starting point, we developed a new discrete audio input gain stage based on our vision for a solid topology that provides extremely low noise, high dynamics and extreme bandwidth. All of the 7603’s operational amplifiers used throughout the device are based on this topology.