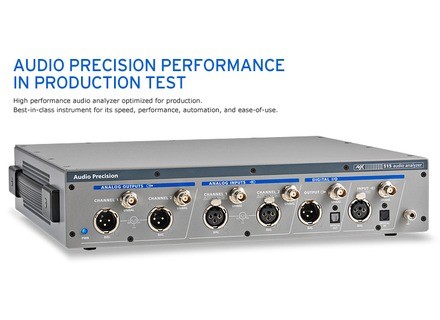 APx515 has a typical THD+N of –106 dB, a one million point FFT with 24-bit resolution, and 192K digital I/O. It is a best-in-class instrument for its speed, performance, automation, and ease-of-use.

APx515 is a significant product because it delivers the performance and reliability of Audio Precision at a production-level price.

APx is the fastest audio analyzer in the world, returning 21 audio measurements in as fast as 1.2 seconds. It is also the easiest to use, with one-click measurements, custom reporting and sophisticated automation without any programming. A full API and LabVIEW driver is also provided.