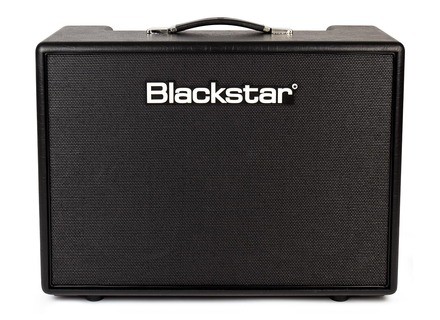 ISF Control
The ISF control works in conjunction with the Tone control. It allows you to choose the exact tone signature you prefer. Fully CCW is a more American characteristic with a tight bottom end and more aggressive middle, and fully CW is a British characteristic which is more ‘woody’ and less aggressive.

Digital Reverb
The reverb control sets the overall level of the reverb effect. With the control fully counter clockwise there will be no reverb. Turning the control clockwise will increase the amount of reverb.

Speaker Emulated Output
The Blackstar emulated output design is a new benchmark for pro direct recording. This no-compromise design makes it easy to get your tone to disk and tape. You can also use it to run a line out to a PA.

Effects Loop
The amp features an effects loop to allow you to connect effects pedals or other professional equipment using the return and send connections. The Effects Loop Level switch sets the effects loop to either +4dBV/-10dBV, which enables you to use it with either professional equipment (+4dBV setting), or with guitar level effects such as effects pedals (-10dBV setting).

FS-8 Footswitch
The supplied 2-way footswitch enables you to switch between Channels 1 and 2, and switch the Reverb on or off.