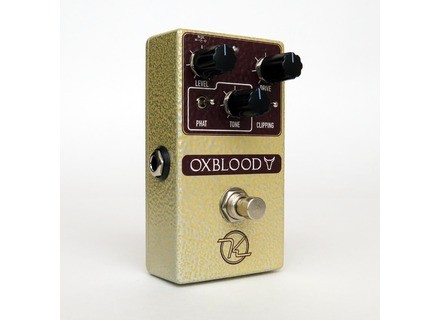 With the Keeley Oxblood Overdrive you roll off the Drive Control down and get a perfectly clean sound, you can dial in any amount of distortion and volume to stomp an amp into pure tonal nirvana.  The Keeley Oxblood Overdrive offers you two ways to clip and saturate your signal with overtones by selecting carefully chosen diodes.  Magical and Mythical, Monstrous and Most Satisfying they are indeed.

The key to the ultimate overdrive in our opinion is the ability to control five different parameters.